The Creative Art of Wittering

Posted on 24th October 2015 by NomadWarMachine 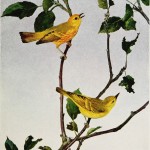 It’s hard to know when rhizomatic learning is appropriate. On the one hand, when the community is the only curriculum then there does seem to be a real danger of inexperienced learners coming up with some awful nonsense – but on the other hand there is the serendipity of making new connections when learners are allowed to let their thoughts roam freely.

This week I met with both my supervisors. We were chatting, about stuff, and towards the end Fiona exclaimed with surprise that we’d really made progress.  A seemingly unfocussed conversation had actually been circling around a cluster of issues that are core to my thesis, and which I had not realised were connected.

That’s the creative art of wittering 🙂

5 Responses to The Creative Art of Wittering