Posted on 13th December 2015 by NomadWarMachine 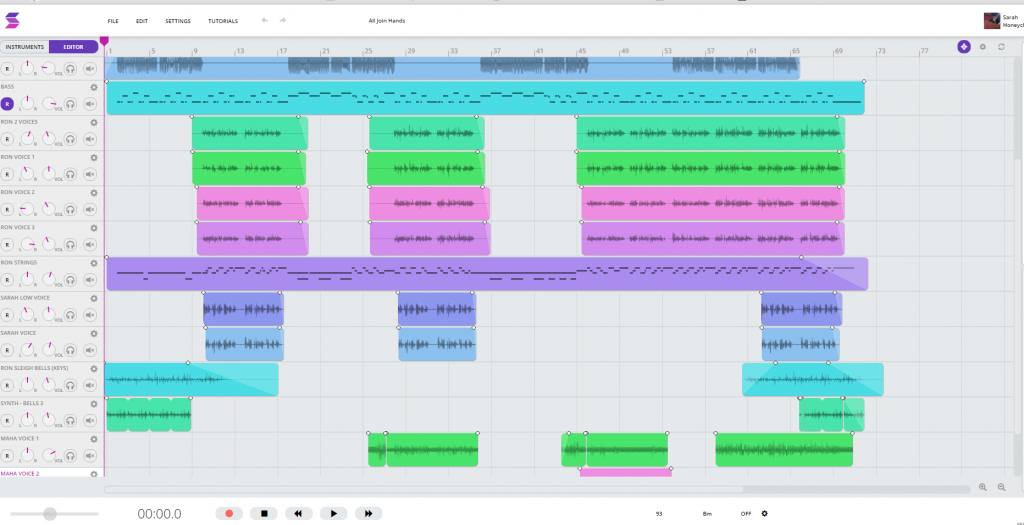 This weekend we’ve been making music again. First Kevin invited some of us to collaborate in Soundtrap over a song that he’d written with some of us and Ron jumped in and started to add sounds. On Saturday I used Audacity to record my voice singing the chorus, and also used Audacity to create a version dropped down by 4 semitones and added both of those to the track. Ron commented that we needed bells, so I found a sample in Soundtrap and dropped some in. Maha added 2 recordings of her voice today, Kevin and Ron tweeked it all and here’s what we have so far.

Want to join us? Just ask 🙂

This entry was posted in #DigiWriMo, Music and tagged music, singing., Soundtrap. Bookmark the permalink.

1 Response to All join hands