Posted on 13th June 2016 by NomadWarMachine 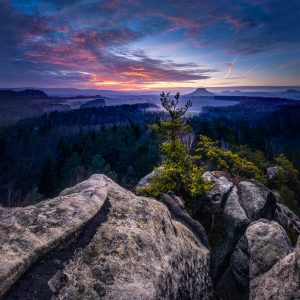 It took me ages to work out how to write my ethics application for my PhD. It was only when Fiona (my supervisor) said that doing it would help me think through my methodology that something clicked and I started thinking about what I really wanted to focus on. And she was right – for me, at least, my ethical approach and my methodology go hand in hand. So, after some thinking and to-ing and fro-ing we (Fiona and I) agreed that I’d look at some of the interactions in some of the online (cMOOCy) things that I do. But, ho hum, due to the need to go through a formal ethical process without the chance to talk about my design face to face, I’ve had to make compromises.  But I’m skipping ahead to much, Let me backtrack and explain how I eventually got ethical approval.

First, as I am looking at data that is totally public – tweets and blog posts – you might ask whether I needed to seek ethical approval at all – after all, the info is freely published and available, so why can I not use it? That question did go through my head, but as I did not just want to be seen to be ethical – I actually wanted to think through the consequences of my using this data from people I know (albeit with their express permission). So I contacted our chief ethics officer and asked him for his opinion. He responded quickly with some recently published guidelines from Ipsos Mori which I read from cover to cover. They didn’t really help answer my questions, but they did help me to start to frame my proposal.  So I cobbled something together (trying to shoe horn this sort of research into forms not designed for the purpose was HARD), and submitted to see what they’d ask me to revise.

Sure enough, after a few weeks (it is meant to be 2 weeks for the committee members to look at it then a further week for a lead member to collate reviews and respond, but it was a bit longer than that), the email to tell me that the review forms were ready arrived. There was a lot of revisions required. Some were minor (I’d ticked the wrong box), some were just a matter of better wording (to explain that I was only using Twitter and blogs, not data from closed groups), but some involved a rethink of my research approach and a need to spend more words explaining my appreciation of the ethical issues underpinning my approach. Still, no point being annoyed, I decided just to get on with it.

One thing that the reviewers asked me was which ethical frameworks I’d consulted.  I’d mentioned the Ipsos Mori stuff, but in my revised form I ensured that I included extra references:

The reviewers also asked about whether there was any similar research I could draw on, so I mentioned some, including:

Then – what a stroke of luck – Anna posted a link to her latest publication:

I was still not happy about not giving my participants the option of me using their given name in my research, but I didn’t want to hold up my research any more, so I said in the application that I’d use psuedonyms and resolved to ask folk to pick their own. Amusingly, a couple of days later Ash Shaw had the same issue with her PhD board, and asked us on Facebook which Doctor Who character we’d like to be. That thesis is going to make fun reading! Anyway, second time lucky and I have my ethical approval now, so off I go.