Wear your flag on your hand

Posted on 18th June 2016 by NomadWarMachine

I’m not really a fan of flags – to me they symbolise walls that keep some folk out and tie others to false rhetoric about duty to one’s country  – but today’s Daily Create was a fun thing to do to practice my GIMP skilz:

Superimpose your country, state, city’s flag on your hand, and wave it to show how much DS106 is massively spread around the world.

So I went out into the back garden and took a few pics of my hand, selected one and opened up GIMP. 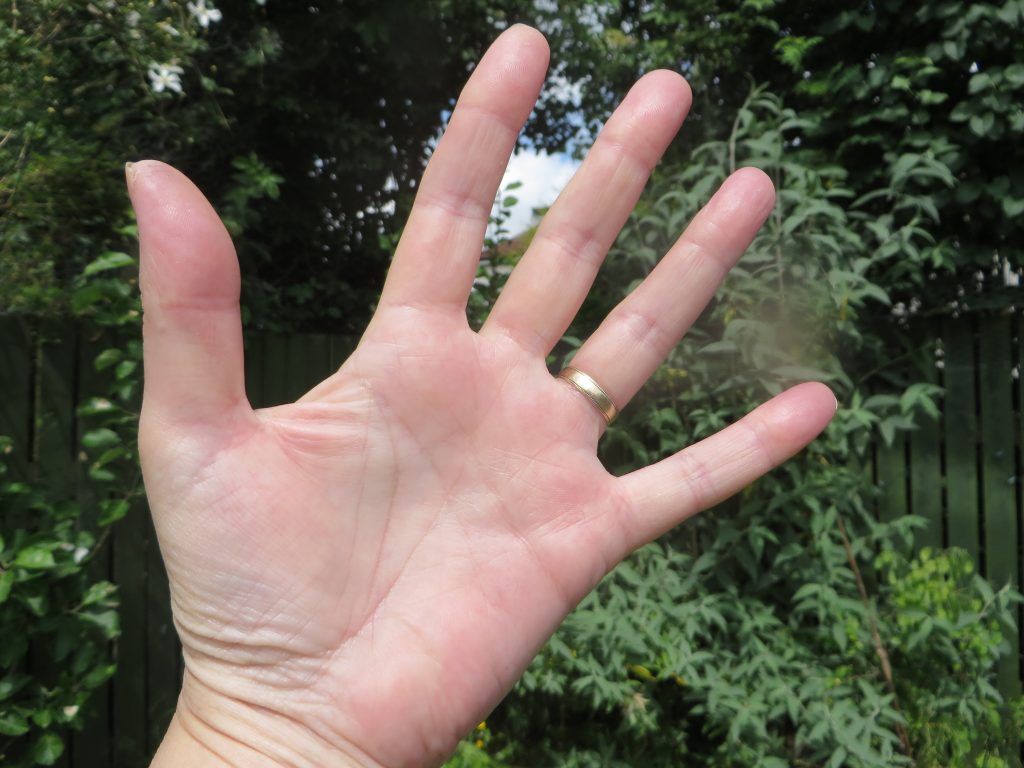 First I used the scissor tool to outline around my hand, then cut that out. Next I found a image of the Cornish flag of St Piran, rescaled it to fit and used “paste into” to paste into the hand shaped hole. After I exported the resulting image I realised that I’d not cut it out perfectly, and there was still a bit of flesh coloured thumb showing (note to self: remember to zoom in and check this next time), so I opened it up again and used the paintbrush to touch it up. 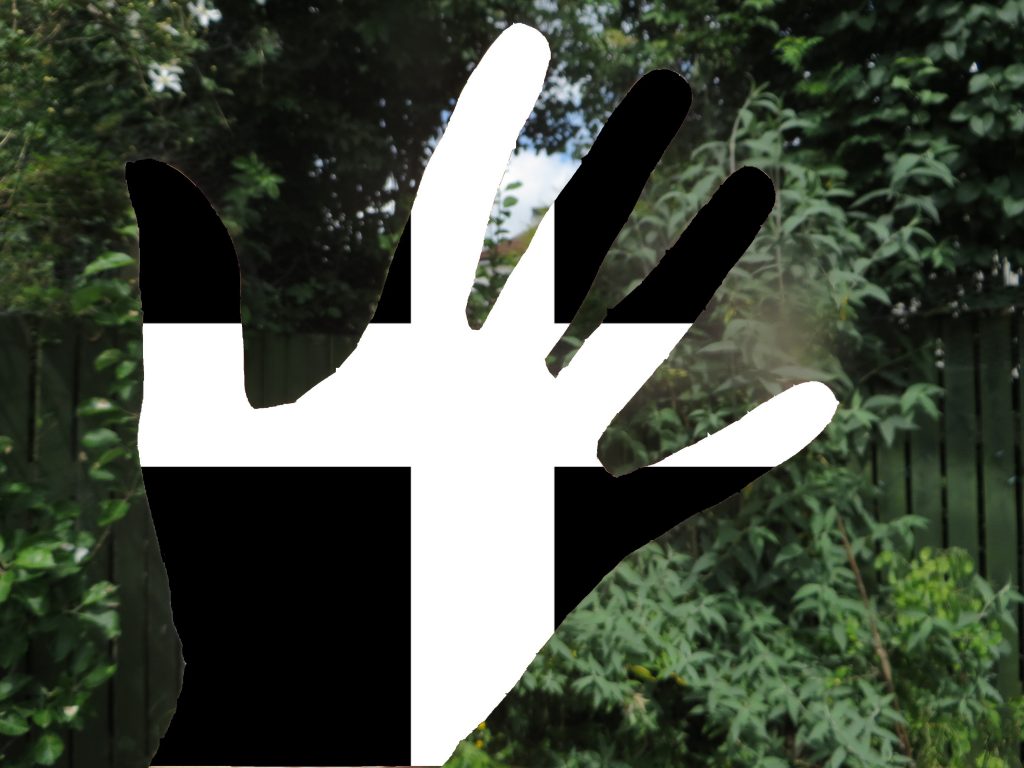 And there it is. Having got the basic shape, it was a matter of a few clicks to transform this to show the place I took the picture – the Scottish flag. 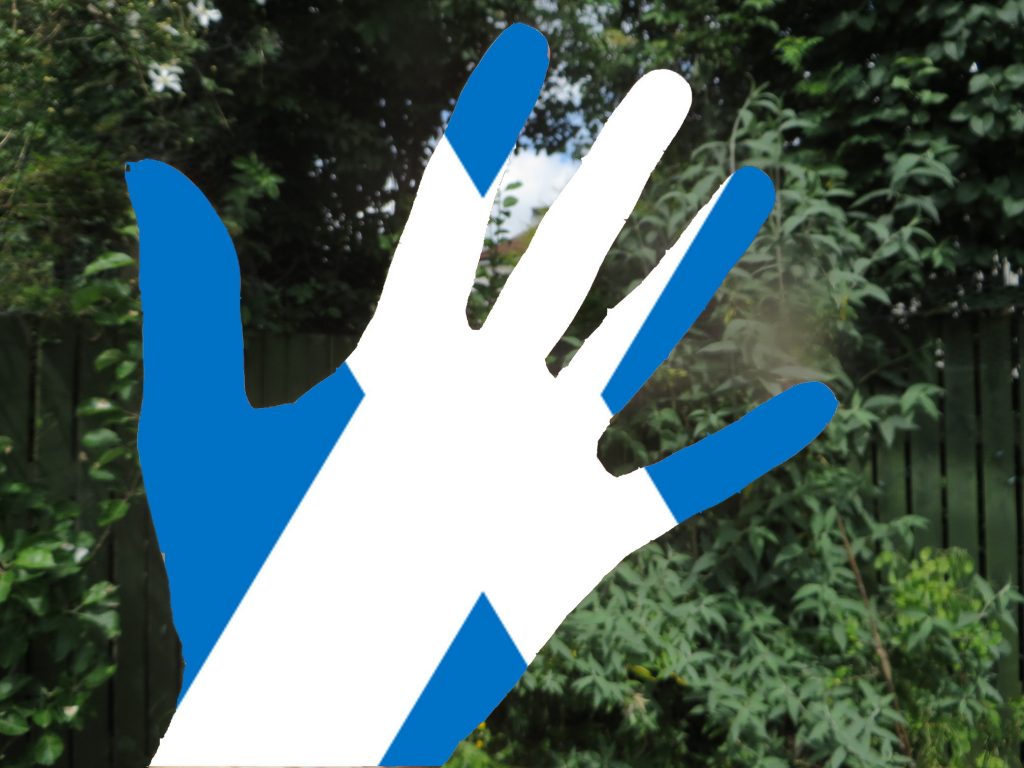 Now to start refining my skilz to polish up the rough edges … [Edit – I’ve come back to this again, redone the outline and dropped another flag in, then taken the opacity of the flag layer down to 80% to show the hand through it. Better, apart from the rough edges still. 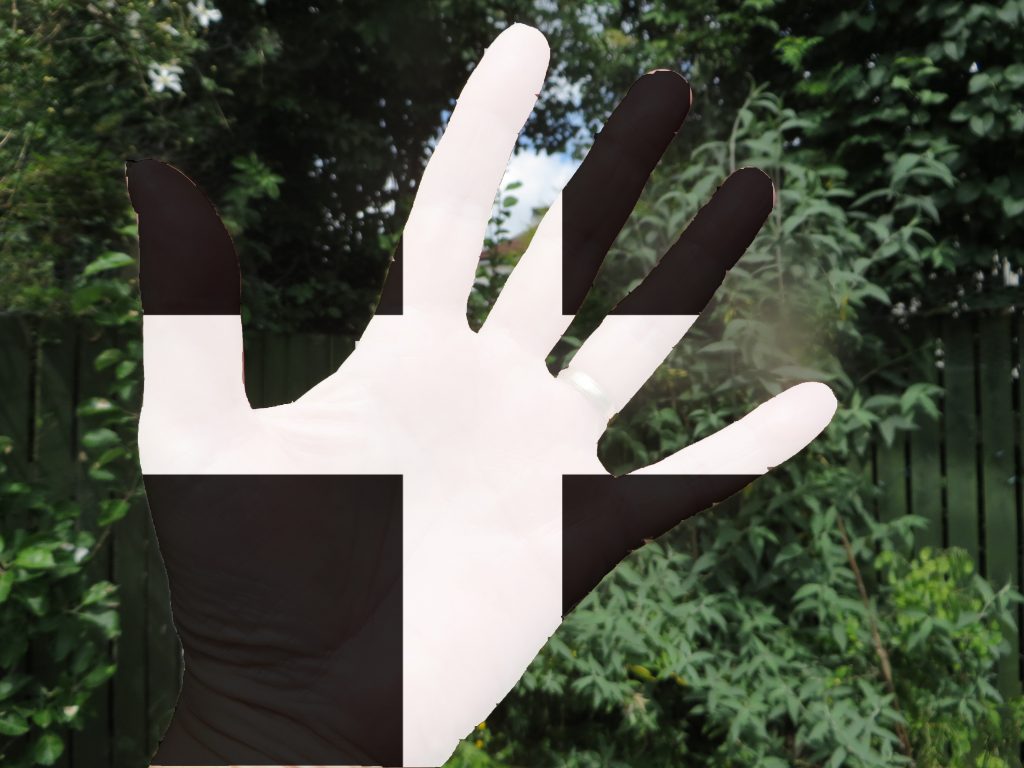