Posted on 5th June 2016 by NomadWarMachine

We’re having a battle with our cats, and I’m not sure who’s going to win. They’re very fond of lying on the vegetable bed, but now it’s planted with seeds we’re keen to keep them off it. So N bought some protective covers from the internet and we thought that would do. 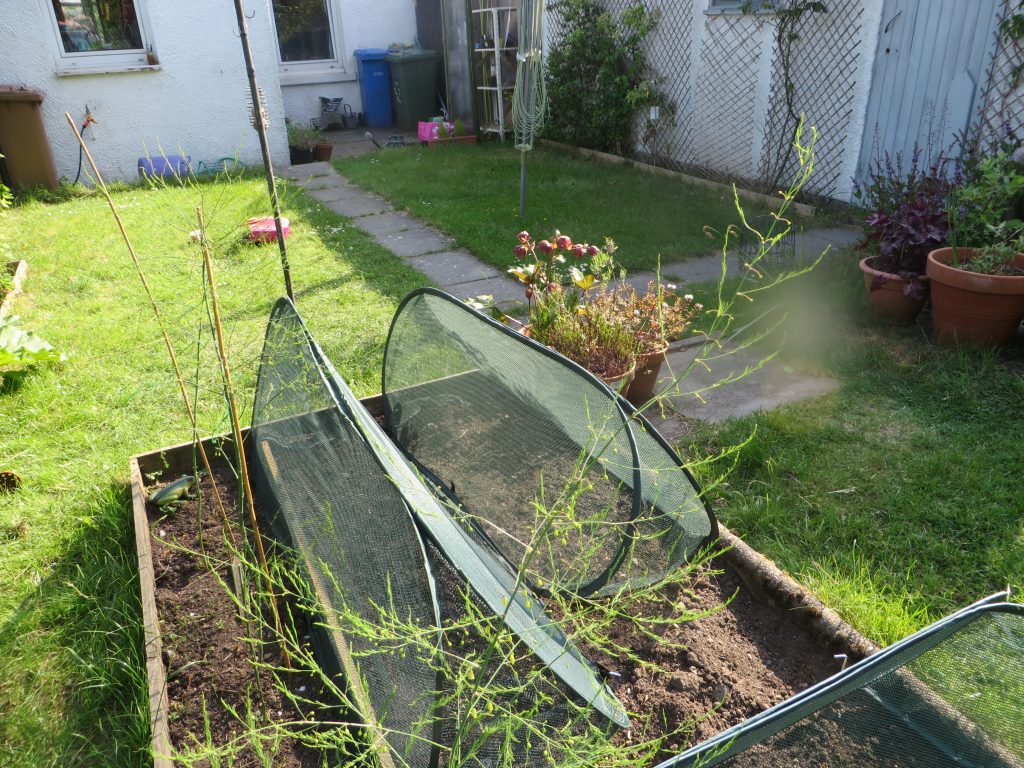 Both cats sniffed around it, and they’ve managed to dislodge two of the covers so far. We’re not sure which cat to blame, but my money’s on Cagney, especially after what I just watched. Thinking she was alone, the little minx started to see if she could push a cover over.  She didn’t see me watching from my study. 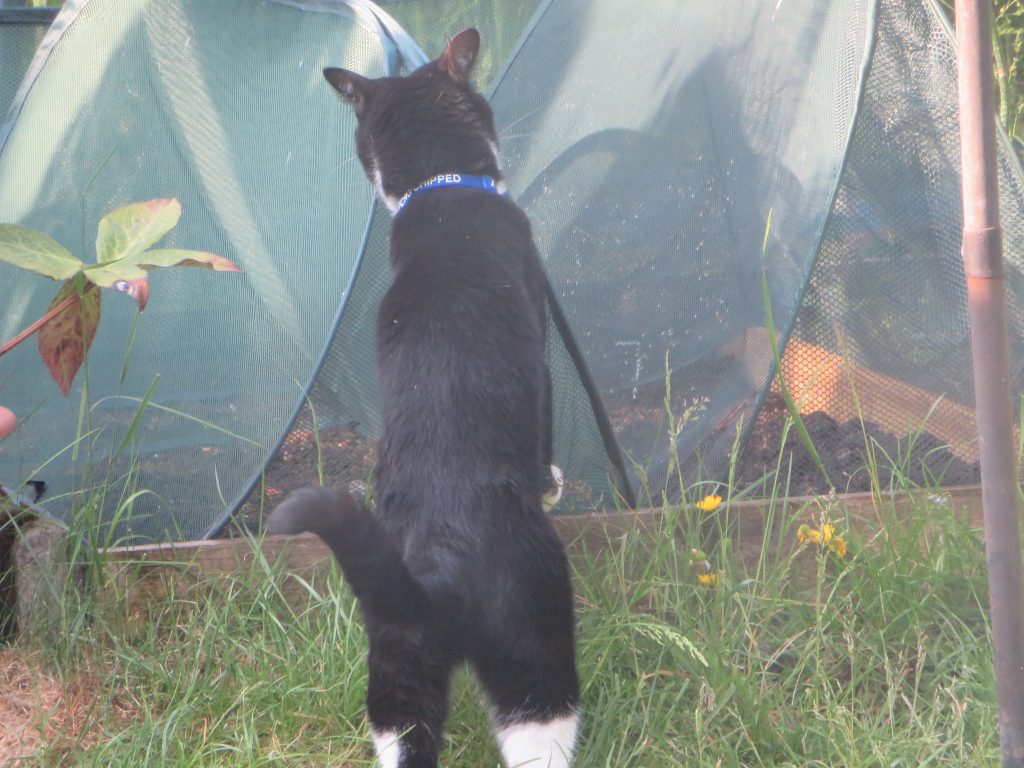 After a while she gave up on that approach, and decided that the cover would make a comfy bed. Here she is reclining in the sun. It’s lucky the seeds have not yet sprouted. 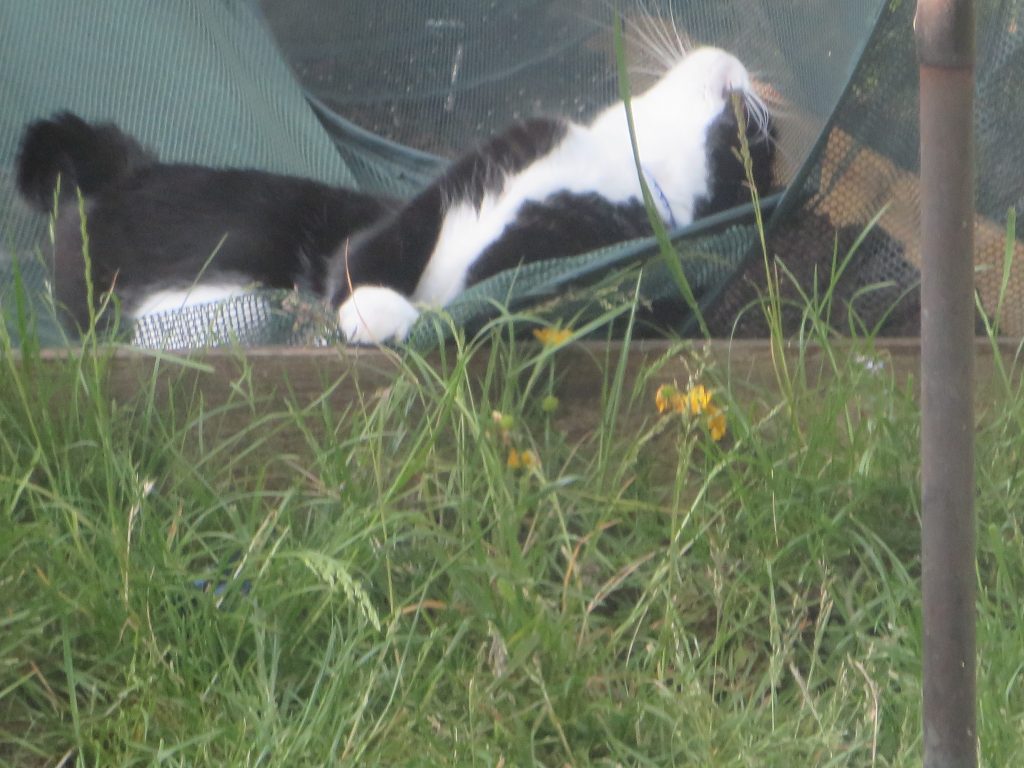 All pics by me CC-BY-SA-NC

This entry was posted in Garden, Photos and tagged cats. gardening. Bookmark the permalink.