Posted on 12th July 2016 by NomadWarMachine

We stayed up far too late on Sunday night, so Monday morning was a lazy time checking what was going on in CLMooc and drinking lots of tea. I’d discovered that Ardalanish Farm, a mere 30 miles away, had a working weavers and produced their own yarn, so late morning we decided to drive over and visit. It was a very windy single track road, with the occasional traffic jam: 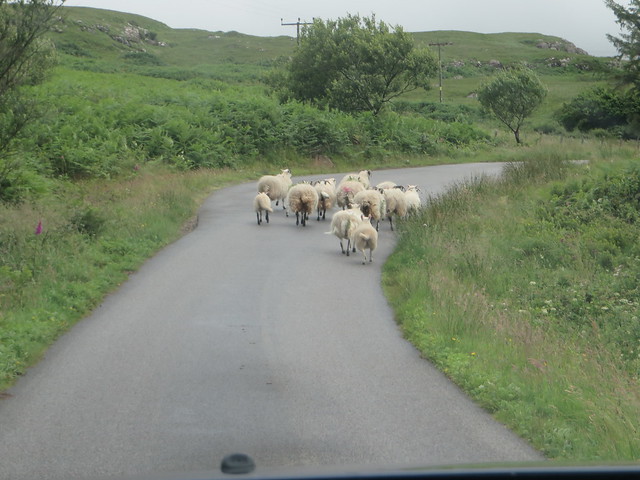 Luckily Niall went into sheepdog mode and herded these sheep into a passing place. The views from the Mill were stunning – as all of Mull is, and we could see some of the locals lounging around: 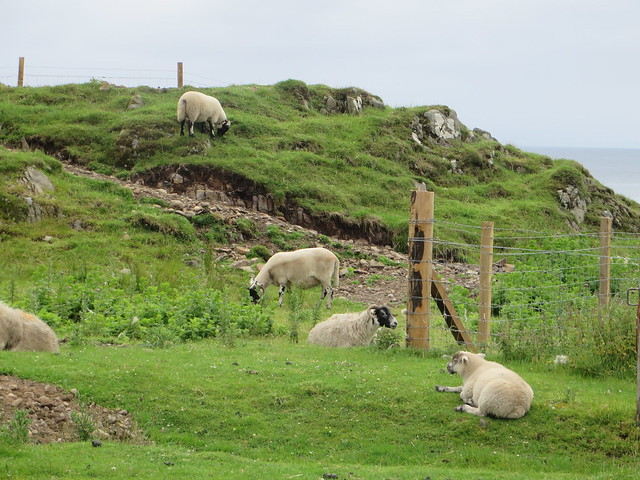 We were greeted by a friendly employee who offered to make us tea and coffee, and a hopeful black spaniel.  While tea was being made we wandered around the mill – which was pretty impressive: 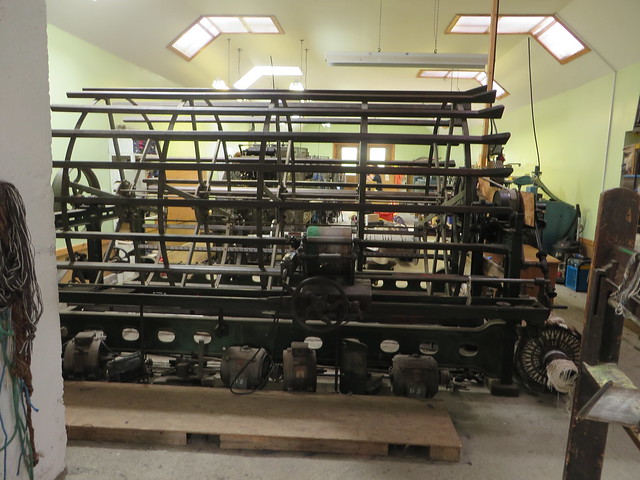 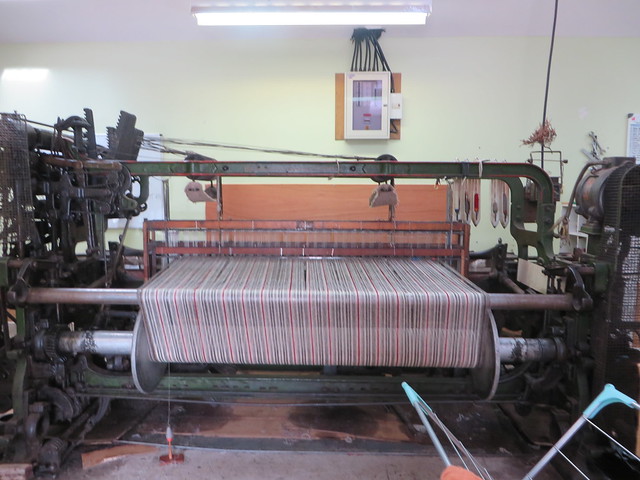 The 100% wool knitting yarn is in natural colours, mainly from their Hebridean sheep. I was after some charcoalish colours for a blanket I am planning, so that was perfect for me. Then we noticed the hand knitted hats. Since being at this cottage, Niall has bumped his head on the low doorways umpteen times, sometimes drawing blood. I don’t have all of my knitting needles with me (an oversight!), but I have one that is just about big enough, so we bought some yarn for me to make a quick beanie: 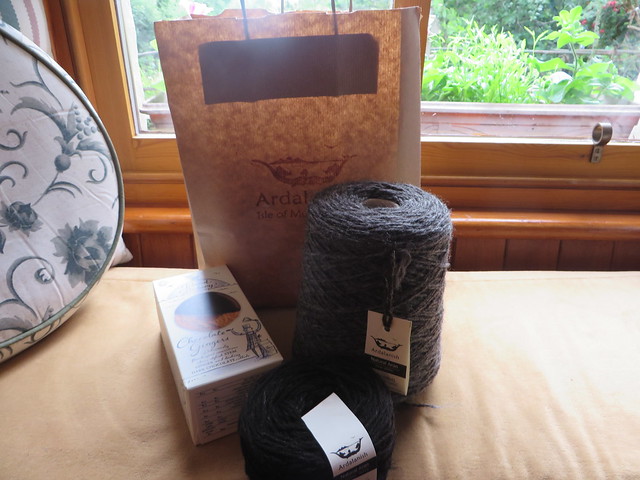 Then home for a late lunch of potato, cheese and leek bridies, freshly made that morning at the farm.