Posted on 15th July 2016 by NomadWarMachine 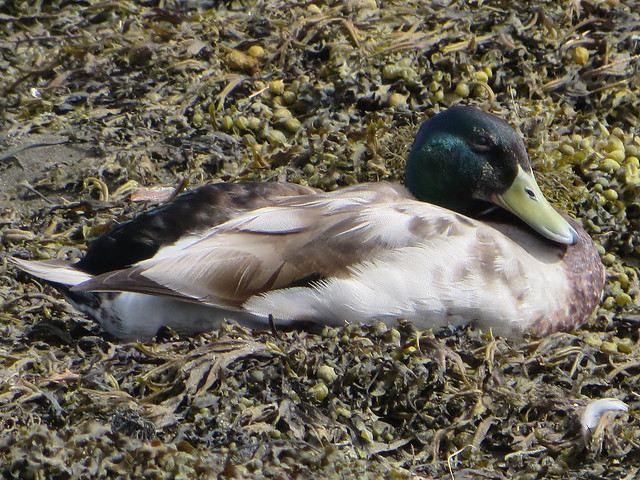 Yesterday was forecast to be a beautiful day, and I woke up to find the sun  burning its way through the blinds. So I put up a packed lunch and we headed out nice and early.

We’d decided to head for Pennyghael, as we knew that we’d be able to park there easily. We stopped in a layby on the way to admire the view: 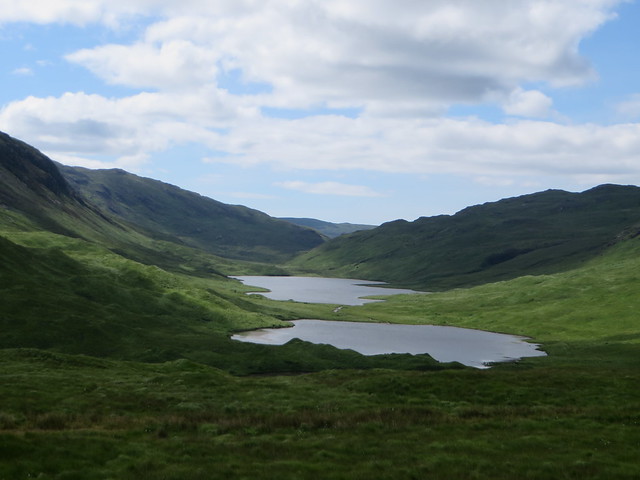 Then onto Pennyghael. The views there were stunning – blue skies and sparkling water – which made up for the lack of exciting birds around. 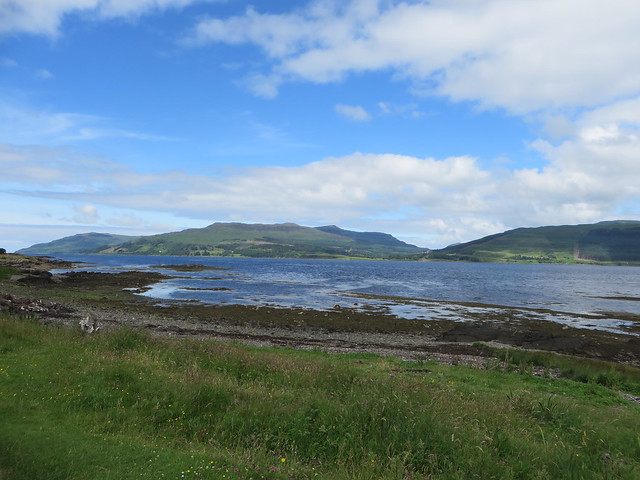 Still, we enjoyed watching the  mallards swimming around, and they let us get fairly close to take pics of them. I wandered along the shore looking at stones and shells – this stone nest amused me: 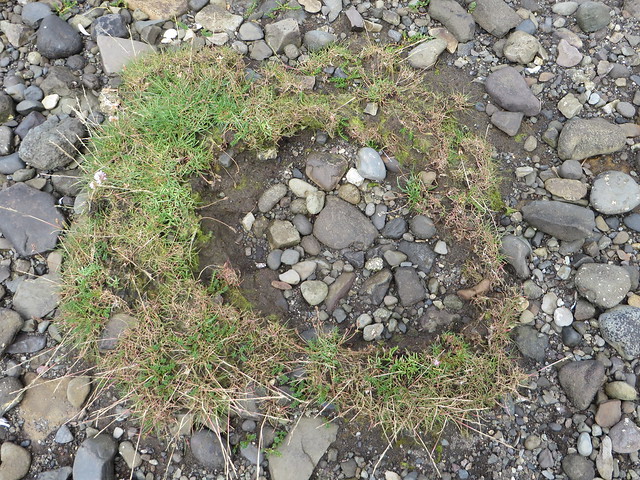 After a while we decided to head off and see what else we could find to look at. We drove north  east, on a winding single track road which followed the coast, and stopped in a parking place to look at the islands – Staffa in the foreground with the Dutch Cap behind it. 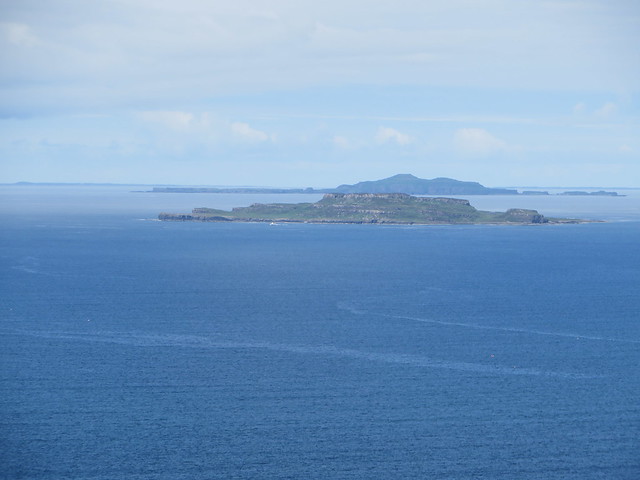 A little further on it all got very exciting. As we turned the corner we saw a bird – some sort of raptor – flying past the car with its catch in its claws. We got out our binoculars and cameras hopefully and looked around. Niall spotted a peregrine (not the same bird as we had just seen) perched on a high up rock. I cranked my camera up to full zoom and hoped for the best. 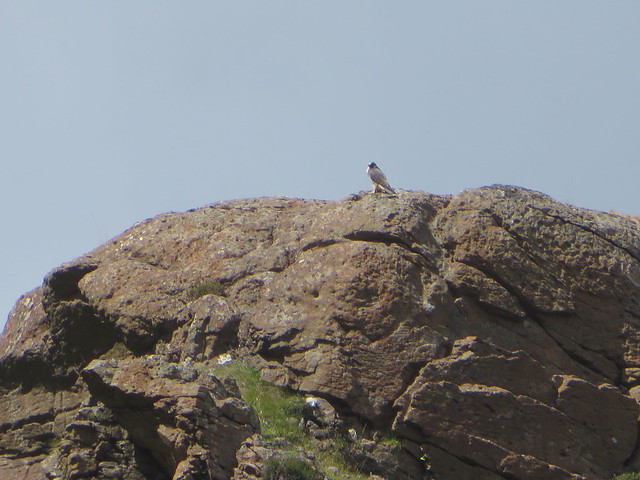 After a while we drove further north, with the Treshnish in the distance. Another raptor – likely a buzzard – hovering overhead. 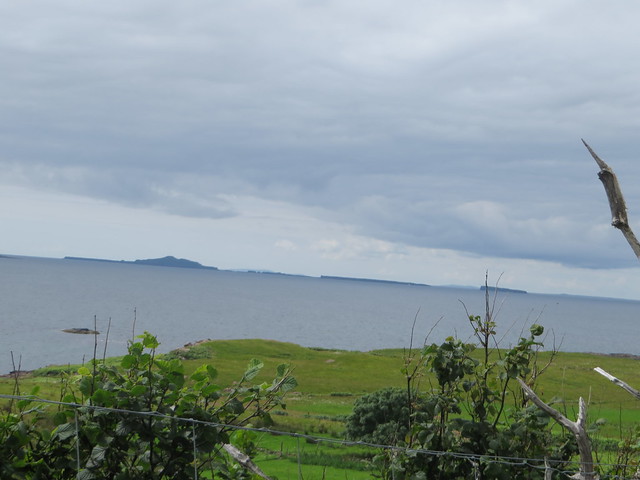 Eventually we parked back at the boats at Salen and looked at the wildlife – seals, swans, herons, and other sea birds. 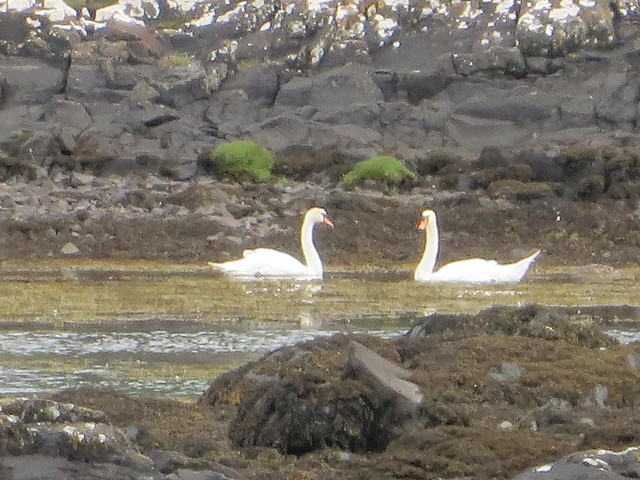 Today is a dreich day, so we’re staying home to PhD. Back to Glasgow tomorrow.