Posted on 22nd October 2016 by NomadWarMachine

Yesterday’s Daily Create asked us build our dream team of five. Meh, no inspiration for that – so here’s Deleuze’s five from ATP:

Yet much of positive value came of Deleuze’s flirtation with the greats. He discovered an orphan line of thinkers who were tied by no direct descendance but were united in their opposition to the State philosophy that would nevertheless accord them minor positions in its canon. Between Lucretius, Hume, Spinoza, Nietzsche, and Bergson there exists a “secret link constituted by the critique of negativity, the cultivation of joy, the hatred of interiority, the exteriority of forces and relations, the denunciation of power.” Translator’s introduction to ATP, p.x 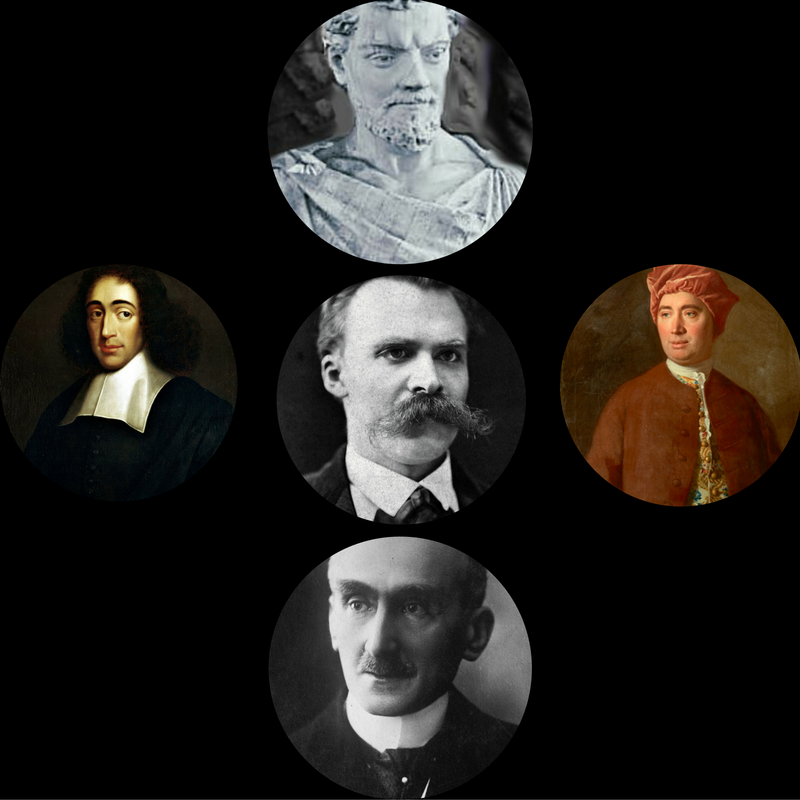 Maybe one day I’ll be clever enough to spell this out more.