The best decision I ever made

Posted on 18th May 2017 by NomadWarMachine

I had a training course off campus today, so all week I’ve been planning to use this as an opportunity to respond to Kim’s weekly photo challenge and take photos of the path I chose to walk along. As a bonus today’s Daily Create asks what the best decision I ever made was, so this post counts as a twofer 🙂

Actually. although I set out with my camera to hand, it was such a glorious day that I nearly forgot, but as I passed by the fountain I remembered and turned around: 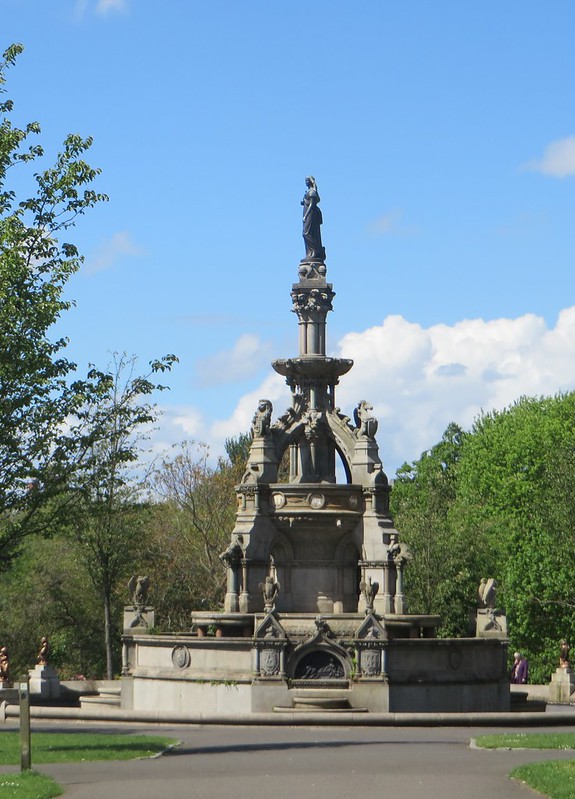 This fountain was designed as a monument to the late Lord Provost Robert Stewart, “the man deemed most responsible for establishing Glasgow’s first permanent supply of fresh water from Loch Katrine“. I love knowing things like this about my city – so much of it is about the ordinary folk who lived and live here. The whole park was originally designed by Joseph Paxton, head gardener at Chatsworth House in North Derbyshire – a place I used to visit often as it was very close to where I grew up – a serendipitous connection for me when I remember it.

A little further on I stopped to admire some geraniums – these are semi-wild around Glasgow. I was going to move so that my shadow was not in shot, but I decided to leave it as it was: 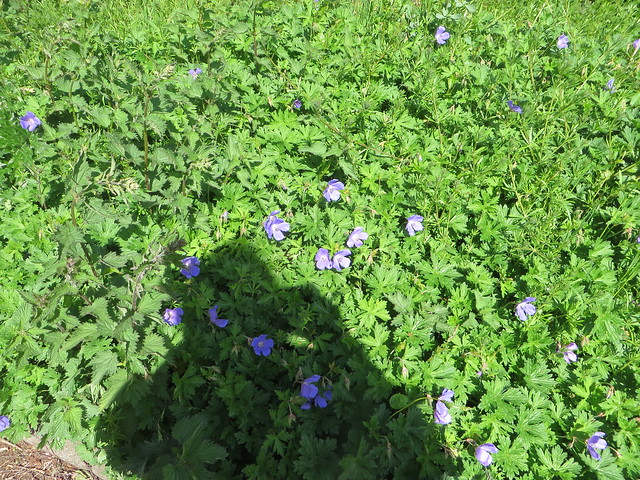 Another thing I love about my city is the juxtaposition of different faiths and cultures – such as here: 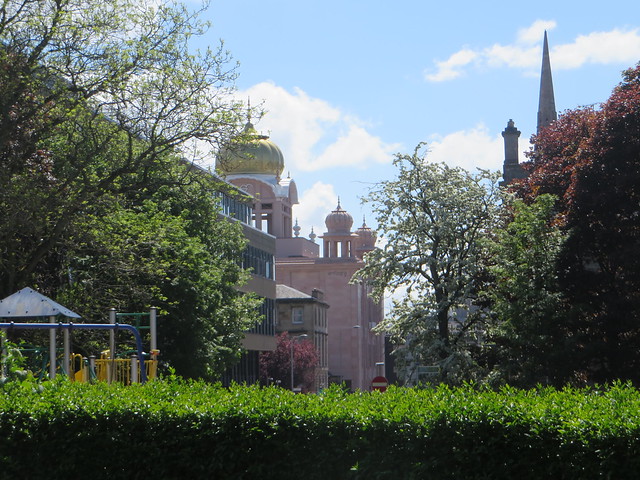 and from the other side: 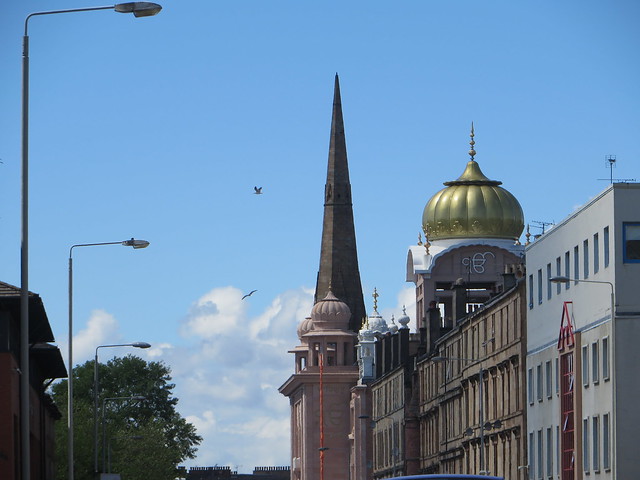 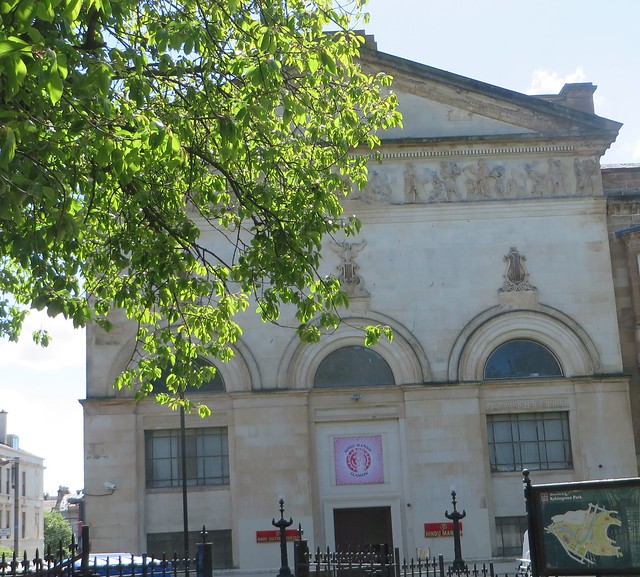 The building that the training course was happening in is not a beautiful work of architecture (it’s the big one at the end of the road with the glass front): 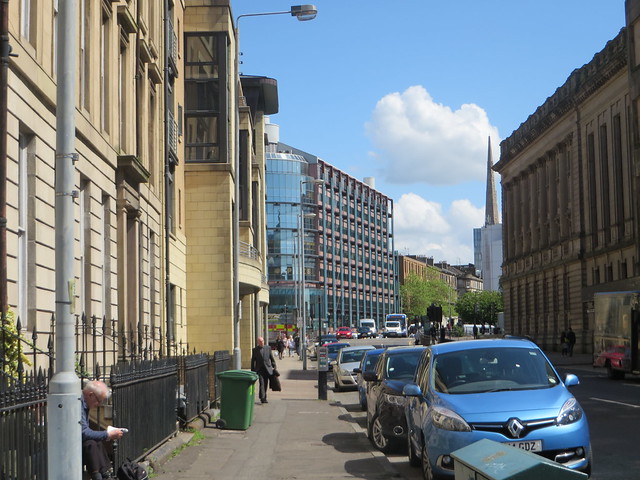 But my uni rent the 6th floor, and the views from the training room are stunning: 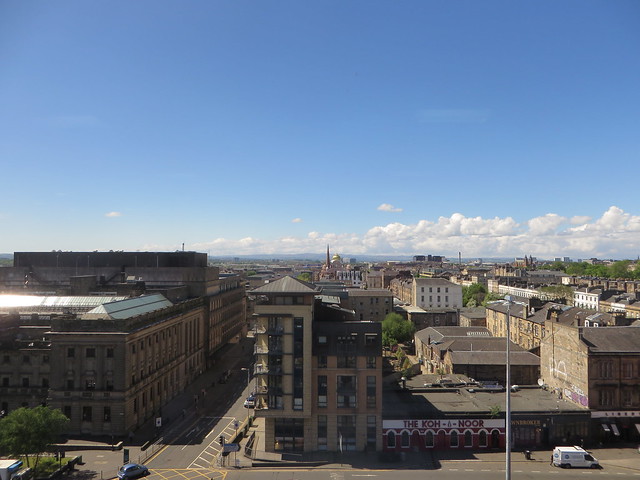 The Uni tower is in the background of this one: 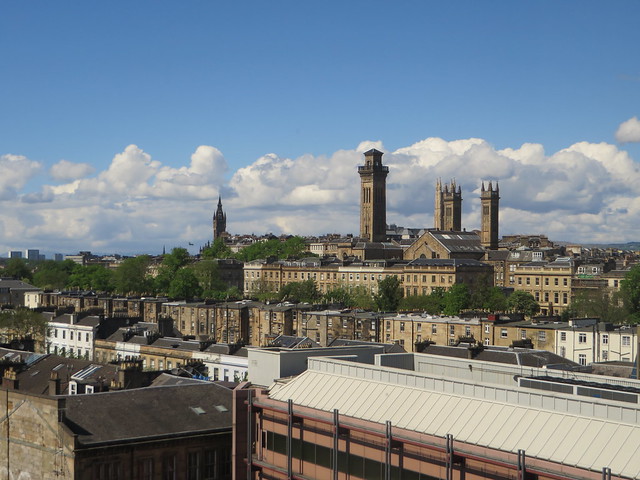 And the Mitchell Library, open to the public, is opposite: 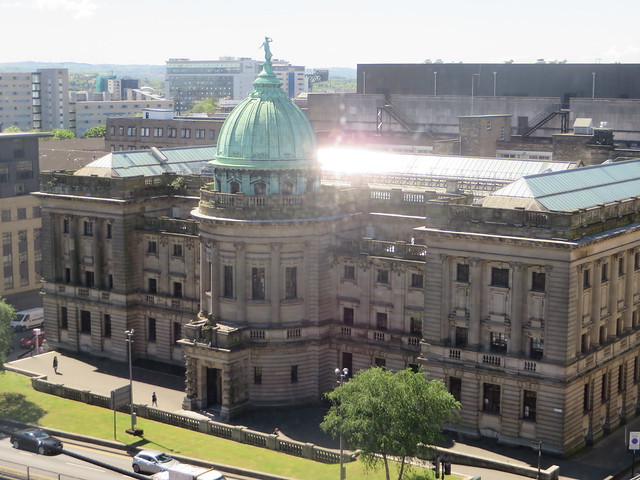 I particularly love the statue of Minerva on the roof: 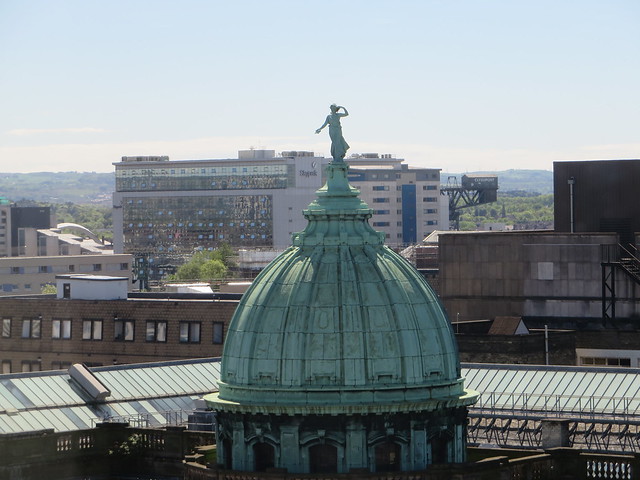 Apparently she’s referred to as Mrs Mitchell – though I’ve never heard that myself.

Then down below to the right some more Glasgow treasures – another juxtaposition I note between the opulence of the Mitchell, the necessity of the pornbroker, and the curry shop – so many different messages dancing around in my mind there: 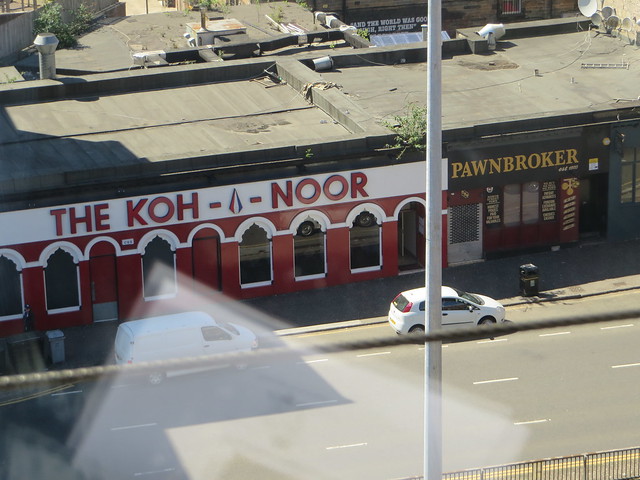 This restaurant  was first opened in 1964- that’s the year I was born.

So what was the best decision I ever made? Why, to move to Glasgow, of course. I have never regretted that snap decision made almost 20 years ago.

2 Responses to The best decision I ever made