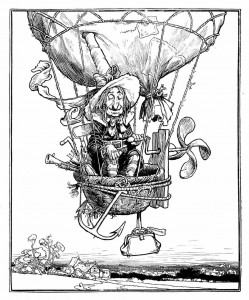 I’ve had a few comments about the name of my blog, mostly along the lines of “???” .  I should attempt to explain what the name means and why I chose it, but it isn’t simple to express in a few words how much this concept has come to mean to me.  The Nomad War Machine is a concept from Deleuze and Guattari’s A Thousand Plateaus: Capitalism and Schizophrenia, explicitly written about in Nomadology: The War Machine  I don’t know how to explain in in plain english, but here’s what MIT Press say about it:

‘Nomadology carries out Deleuze’s desire to “leave philosophy, but to leave it as a philosopher.”.’

Alternatively I can explain it this way:

AXIOM III. The nomad war machine is the form of expression, of which itinerant metallurgy is the correlative form of content.

“If the three ages of the concept are the encyclopedia, pedagogy, and commercial professional training, only the second can safeguard us from falling from the heights of the first into the disaster of the third.”  D&G What is Philosophy?