Making an ass out of you and me

Posted on 17th October 2015 by NomadWarMachine

In his History of Animals, Aristotle asserts that:

Males have more teeth than females in the case of men, sheep, goats, and swine. History of Animals 2, 3 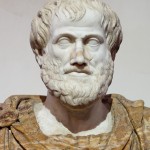 One wonders why he did not conduct an empirical study before making this false statement – but it seems he did not – he just assumed that what he was saying was true. Who knows why – maybe Mrs Aristotle was born with less than a full set of ivories – maybe it fitted with some of his other beliefs about women – we’ll probably never know. His assumption makes him look a bit of an idiot, in my opinion, but it’s not particularly devastating and I doubt if dire consequences would ensue if anybody followed him in believing every word he wrote. 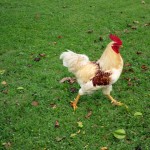 By contrast, consider Chicken Licken. As a result of his hasty assumption he and all his feathered pals ended up as a tasty meal for a cunning fox.  The moral of this tale is that we should make very sure of our facts before making important decisions.

So what does this have to do with education? Well, maybe this. In 2001 Marc Prensky published his seminal paper Digital Natives, Digital Immigrants Part 1 In this paper he refers to modern students as “digital natives” who:

… think and process information fundamentally differently from their predecessors, as a result of being surrounded by new technology …

Now, despite being pretty much debunked – see for example this by Gregor Kennedy et al:

Previously assumed to be a homogenous and highly skilled group with respect to information and communications technology, the so-called Net Generation has instead been shown to possess a diverse range of technology skills and preferences.

or this by Dave White, I still hear folk referring to their students as digital natives, or assuming it when they design their teaching.1 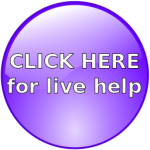 Now, while the consequences of these academics’ assumptions are not life threatening to most of their students, they are damaging to some of them. The fact is that a lot of our students are not digitally literate. Sure, they can use whatever the latest social media is to chat to their peers, they can consume YouTube, flickr and the like – but they are not good (on the whole) at transferring any skills they acquire there into a formal educational context. We see this frequently in my unit, as stressed students contact the help desk for help with what seem to us to be trivially easy things to do (like clearing their browser cache, saving their files into an approved format, or ticking a box to say that they agree to the T&Cs). It’s not FAIR to assume things like this of our students. We have a DUTY to provide them with an education and that includes appreciating what they can and can’t do (and, of course, taking steps to help them to acquire the skills they need both during and after their education).

So don’t be like Aristotle or Chicken Licken – find out what your students can and can’t do before designing their learning.

1. A couple of days ago I read something that suggested that the digital natives rhetoric was sometimes used by academics as an excuse not to engage with technology – that as they were not digital natives it was too late for them to learn. That’s even more cynical than I am!

4 Responses to Making an ass out of you and me