Posted on 8th June 2017 by NomadWarMachine 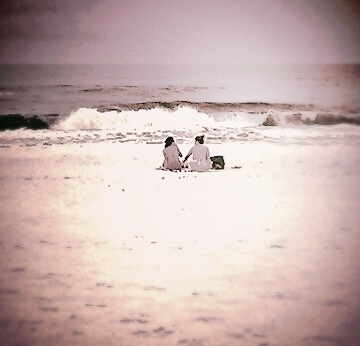 After I wrote my post yesterday I read a comment on #digciz by Stephen Downes, and this bit struck me:

We need to base society on voluntary cooperation, rather than involuntary collaboration.

Exactly. That’s what’s wrong, imo, with talking about digital citizens. I know not everybody shares my bleak view of the state and what it is to be a citizen (though some do), and I had a long chat with folk about it on Twitter, which Sheri mentions here in a very thoughtful post.

So how should we refer ourselves when we interact online? Terry provided me with food for thought in a Vialogues comment, saying:

I am thinking more lately that citizenship is just a form of solidarity and mutual aid.

So, I disagree. I still think being a citizen is about being surveilled, and taxed, and that nation states are things that we didn’t invent and we now don’t know how to get rid of because:

A picture held us captive. And we could not get outside it, for it lay in our language and language seemed to repeat it to us inexorably. Wittgenstein, PI, $115

But I agree, in some way, with Terry’s idea that how we interact online should include mutual (where wanted) aid – in the sense that we have each others’ backs. So, on the eve of what could be a very bleak day for UK politics, I offer you solidarity, as a comrade. If you want it, that is. As one member of the human race to another. Not as a citizen – digital or otherwise.