Don’t “check your ego at the door” please

Posted on 7th August 2015 by NomadWarMachine 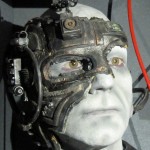 I do a lot of collaborative writing, both at work and for fun. Often, particularly at work, this means that we’ll have a quick chat and then I will throw some rough words onto paper to get a sense of what we might want to say, and throw those open to my collaborators to change. I’m not precious about these words as I don’t really consider them to be mine, or wonderful, or set in stone – so when I find that somebody has changed them it doesn’t bother me.

But there’s a trite phrase that gets bandied about in the context of collaborative working, about “checking egos at the door”* that misdescribes how I feel such collaborations work. Let me try to explain. 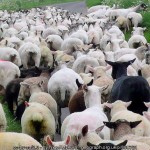 Some of us have been using the metaphor of a swarm to describe some of the collaborations that have happened as a result of rhizo14, 15 and other such events.  Keith Hamon has written a lot about it and I’ve written a couple of things. I’m still not convinced that it’s actually a good metaphor, mind you – but some folk find it useful and it doesn’t bother me enough to make me want to find a different one.  But whatever word we use to describe the collections of folk who collaborate on these various projects, the one thing we do NOT do is check our flipping egos at the door. The Borg and the Cybermen do that (well, they’ve had it done to them), we do not. We all have personalities, and (I think that) we all have strong egos – and that is part of what makes these collaborations so successful, enjoyable and addictive – the fact that other folk say things and go about things in ways I would never have thought of.

So I am not precious about my words, and I don’t mind them being changed (in fact, afterwards, we often don’t know who wrote exactly which part, because there have been so many edits, and conversations, and so on), but I do sometimes have strong opinions about what we are writing about, as do the others I collaborate with. And I think that this is vital.  If we try to ignore our egos, I think that we could be reduced to trotting out things that all of us agree with – and that would be incredibly boring for us and for everybody else. Or we would never challenge something that everybody else seemed to be happy with, because we’d assume it was just our own ego getting in the way. For example, I have just strongly disagreed with a particular choice of word in something that a group of us are writing.  I didn’t throw my toys out of the pram (to use another trite saying), but I did express my opinion strongly. 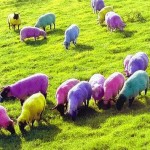 Checking egos at the door is fine if you want mindless drones, but it’s not an appropriate metaphor for the type of collaborative writing that we are trying to engage in.

We are people, not sheeple (ha, another trite phrase I loathe).

Here’s some Hawkwind about clones to play this post out with:

* Notably, when I googled this phrase, the links were written by business owners, or about business collaborations. Nuff said!  I also found this gem, which is sort of the opposite of what we are trying to achieve:

Checking your ego at the door is a request to not bring your ego into some discussion; to remain objective rather than emotional

This entry was posted in Rhizomes, Writing and tagged #rhizo14, #rhizo15, check your ego at the door, collaboration, collaborative writing, sheeple, trite sayings. Bookmark the permalink.